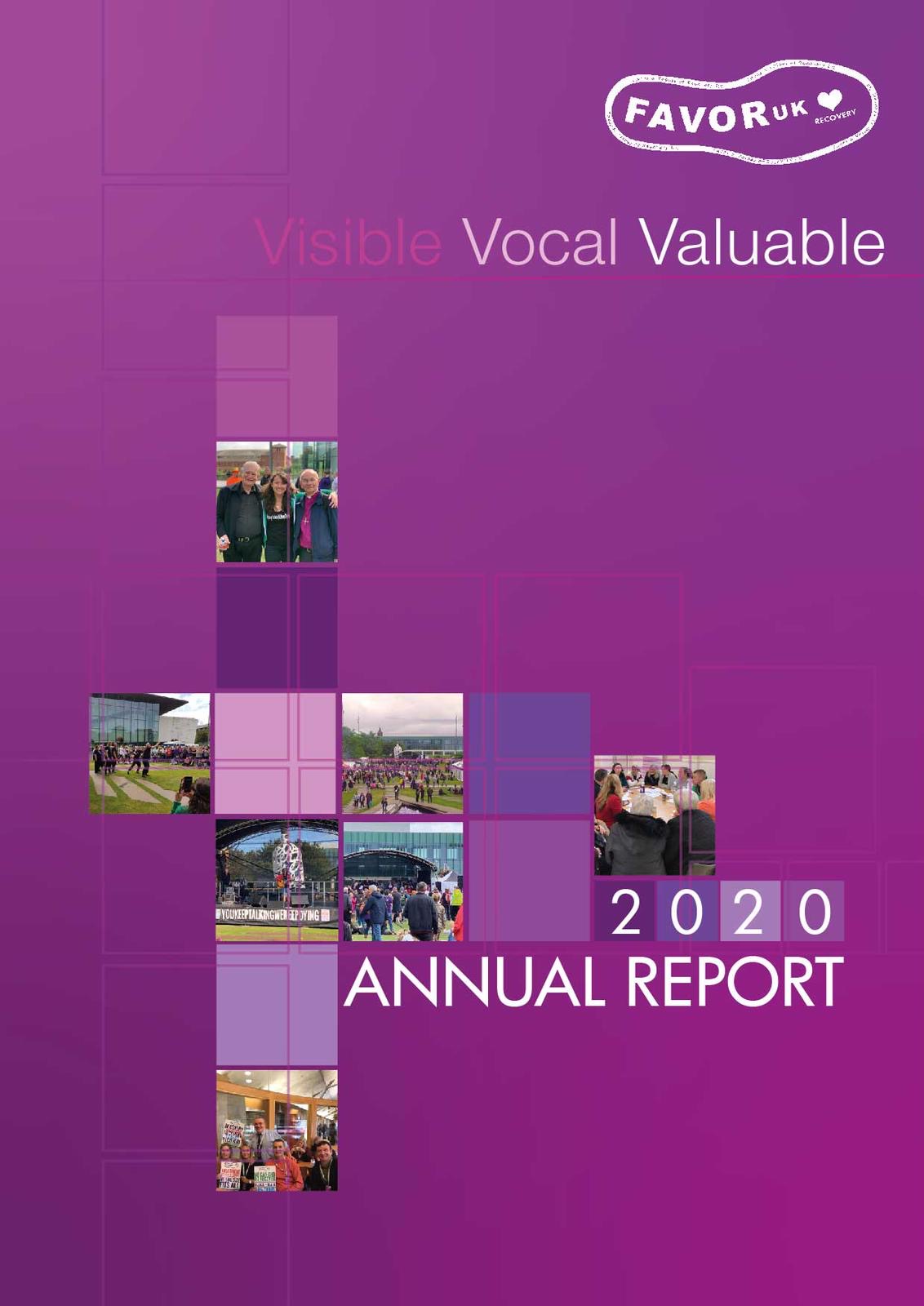 Please find the press release below and the download to our Annual Report .

A campaign group has said Scotland is now “going backwards” in efforts to tackle drug deaths.

A year ago, Faces & Voices of Recovery UK (FAVOR UK) launched the ‘You Keep Talking, We Keep Dying’ campaign after it was revealed that Scotland has the highest rate of drug-related deaths in Europe.

But just a few weeks ago, Police Scotland superintendent Tim Ross said it appeared that there has been a “slight increase” in drug death numbers, which already hit a record high of 1,187 deaths in 2018.

Favor CEO Annemarie Ward believes the drug death crisis is “Scotland’s shame” and is only going to get worse unless the Scottish and UK Governments take urgent action.

At their AGM this Friday 31 July, FAVOR UK will highlight that politicians have not done enough in the last year and the pandemic has reversed what little progress had been made.

Annemarie Ward, FAVOR UK CEO, said: “We fully understand that governments have rightly been focussed on tackling the Covid pandemic.

“But unless urgent action is taken, any progress on drug deaths will be lost. All we are hearing from the police and what we’re seeing on the ground indicates that Scotland is now going backwards.

“Even before the pandemic struck, we were seeing very little concrete action from either government. The Drug Death Task Force insists on pursuing the same failed options that got us into this mess, and the UK Government has failed to listen or take steps such as declaring a public health emergency.

“As FAVOR and the You Keep Talking, We Keep Dying campaign have said from the beginning, there are immediate actions we can take to start saving lives now.

“For a start, we need to fix the mess over official statistics so we have a better idea of how many people are dying and what mix of drugs are involved.

“Then we need evidence-lead solutions, based on that data, that helps people to get well and get off alcohol and drugs.

“We need the UK Government to come to the table to discuss sensible solutions, and we need the Scottish Government to start properly funding rehabilitation and recovery programmes.

“The drug crisis is Scotland’s shame and on current trends, it’s only going to get worse.”