The work of Faces And Voices Of Recovery UK has traditionally been focused on areas like hope and connection, as evident in the Recovery Walks that we initiated eleven years ago, the number of which continue to grow each year.  Our campaigning had continued to be even more successful than before, with 128 organisations, 48 MPS and thousands of individuals signing up to one of our causes (The UK Recovery Declaration of Rights.)

However, in the summer of 2019, we were presented with a very different challenge.  Official figures were released in the summer to confirm that the number of drug-related deaths for 2018 had reached unprecedented levels; 1,187 people had been lost in Scotland alone.  Our horror and our sorrow were shared with others, and we soon created a working group alongside Natalie McLean who had co-incidentally experienced another personal loss to drugs that same week.  This was the catalyst for the first of what were to become monthly events. It was quickly decided that the most appropriate action to take would be a vigil of remembrance, in George Square, to mark these tragic losses, and to remind everyone that each drug related death was the loss of a human being, and that loss continued to be felt by those left behind.  One thousand, one hundred and eighty-seven of these losses could not be allowed to simply pass from memory.

After heroic efforts from all involved, a vigil was held in George Square just seven days after our discussions began.  While the publicity was limited, and even uncertain in its purpose, around 400 people attended.  What unfolded was an outpouring of emotion from family members who spontaneously lined up to take their first opportunity to talk openly about their loved one, in the safety of those who knew their pain. But something else happened that night.  A solidarity was formed around ensuring that this must stop, that the government and the leading organisations in the field must feel the same and that everyone must come together to turn the tide.  Many of those in attendance told us that this must not be the end, we must keep going. 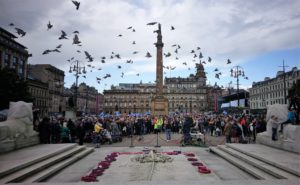 By coincidence, only 4 weeks away, on Saturday August 31s, was International Overdose Awareness Day.  The group got together with the expectation that we would engage with events organised for that crucial landmark.  To our astonishment, in the wake of such tragic loss of life, we could not find any events at all in the whole of Scotland that were on.  (perhaps because it was a Saturday) Not only was there no official response to such tragedy from our very well paid & resourced organisations, such as Scottish Drugs Forum Or the Scottish Recovery Consortium but there had been nothing in place at all on such an important day.  It was decided that we would have to do and arranged another event to be held on International Overdose Awareness Day, again in George Square.

The task had become greater, and at that week’s meeting, it was identified that a licence would be required for the next event, and that needed the support of an organisation.  The group instructed FAVOR to abstain from the next discussion and unanimously resolved to work under FAVOR UK, with one condition, that FAVOR Scotland would emerge.

Approximately 1,200 people showed up to the August event, including 5 MPs and MSPs & numerous local councillors.  The day was both humbling and emotionally overwhelming.  While the public interest in the problem of drug related deaths had continued to grow, and had earned the commitment of support from politicians, there was still no engagement from other organisations who had the capacity to lead, but still failed to engage. 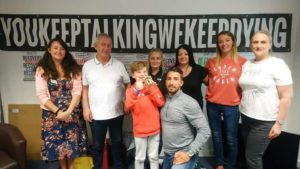 Where was the outrage?  And where was the urgency?  At that event, we continued to hear more testimonies of more deaths, that were discovered that very day, and that very week.  More poignantly, we were also informed that one of those who spoke at the previous event had also become another of next year’s statistics.  Last year’s deaths were higher than ever recorded, and reports of deaths in the current year were increasing by the day.  We were outraged and we demanded urgency from others.

We have continued to hold public meetings each month, in the hearts of some of the most affected communities.  We have gathered evidence of the problem and the public’s demands for change.  We have been invited to meet the Public Health Minister to discuss both the problem and the testimonies we have heard.  We have complied the evidence and public demands and presented 23 evidence-based recommendations to end this loss of life.  We have submitted our Report (Working Together to Challenge Stigma & Save Lives) Which the Health Minister Joe Fitzpatrick has passed on to his taskforce to action and to date we await a public response from them.

We made a solid commitment then as the organising group who created FAVOR Scotland and as a board at FAVOR UK to make the drug deaths part of our ongoing campaign work for at least the next two years.   We have committed to monthly awareness raising events to keep this ongoing tragedy in the public eye and will continue to do so until we see the change that is required.

We intend to hold our governments to account in the months and years that follow until either all of our 23 recommendations are implemented, or the loss of lives are brought to an end.

On Friday I drove down to Newcastle for the third monthly planning meeting of the UK Recovery Walk 2020. The planning this year is filled with professional expertise and huge enthusiasm. The will to get the job done and to make UKRW Newcastle 2020 the best ever is palpable, and I am energised & grateful in contrast with our work in Scotland with every visit.   Some of the plans we can look forward if they come to fruition are to include, a free funfair for the kids (big ones too) free food, choice of vegan, and other lovely dietary choices, potential stars in attendance, face painting, mutual aid meetings, spiritual service and of course our wonderful conference the day before which in 2020 will focus on the LGBT community and our particular difficulties with substance use disorders and our trials  & tribulations recovering from them. We will as always here from a range of academics that specialise in this area, personal experiences and we have also secured a key note from the English government’s official recovery champion Professor Ed Day. 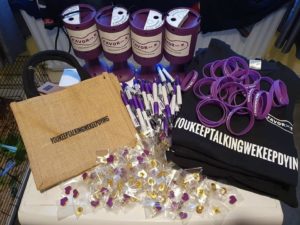 So it looks like we will be walking into a 2020 with a delicate balancing act on our hands. We will continue to campaign using the slogan #YouKeepTalkingWeKeepDying in Scotland with the hope that this campaign gathers momentum with the public across the UK & that the professional bodies who currently aren’t engaging with it will get on board either privately or publicly join our almost 4000 members across the UK and recognise & utilise the strength we have in our autonomy.

At one point this year we were asked in a very aggressive, defensive manner –

“I mean who even are you”

We are a national charity, made up of individuals in recovery, their friends and families and Community Recovery Organisations.

That’s who we are.

We will continue to do this to the best of our ability and if you think we can do better please get in touch and offer your help. If there is one thing we get better at as people in recovery it is receiving and asking for help. We are open to guidance and learning and welcome input even from our severest critics.

Natalie, I and all the volunteers will wish you a very Merry Christmas & all the very best for the coming year with this wonderful quote about criticism – it just about sums up how we feel about this year.

We Hope you enjoy.

“It is not the critic who counts; not the man who points out how the strong man stumbles, or where the doer of deeds could have done them better.

The credit belongs to the man who is actually in the arena, whose face is marred by dust and sweat and blood, who strives valiantly; who errs and comes short again and again; because there is not effort without error and shortcomings; but who does actually strive to do the deed; who knows the great enthusiasm, the great devotion, who spends himself in a worthy cause, who at the best knows in the end the triumph of high achievement and who at the worst, if he fails, at least he fails while daring greatly.

So that his place shall never be with those cold and timid souls who know neither victory nor defeat.” 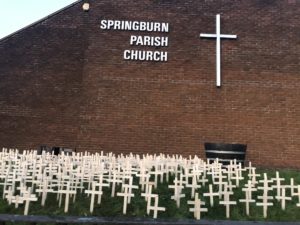