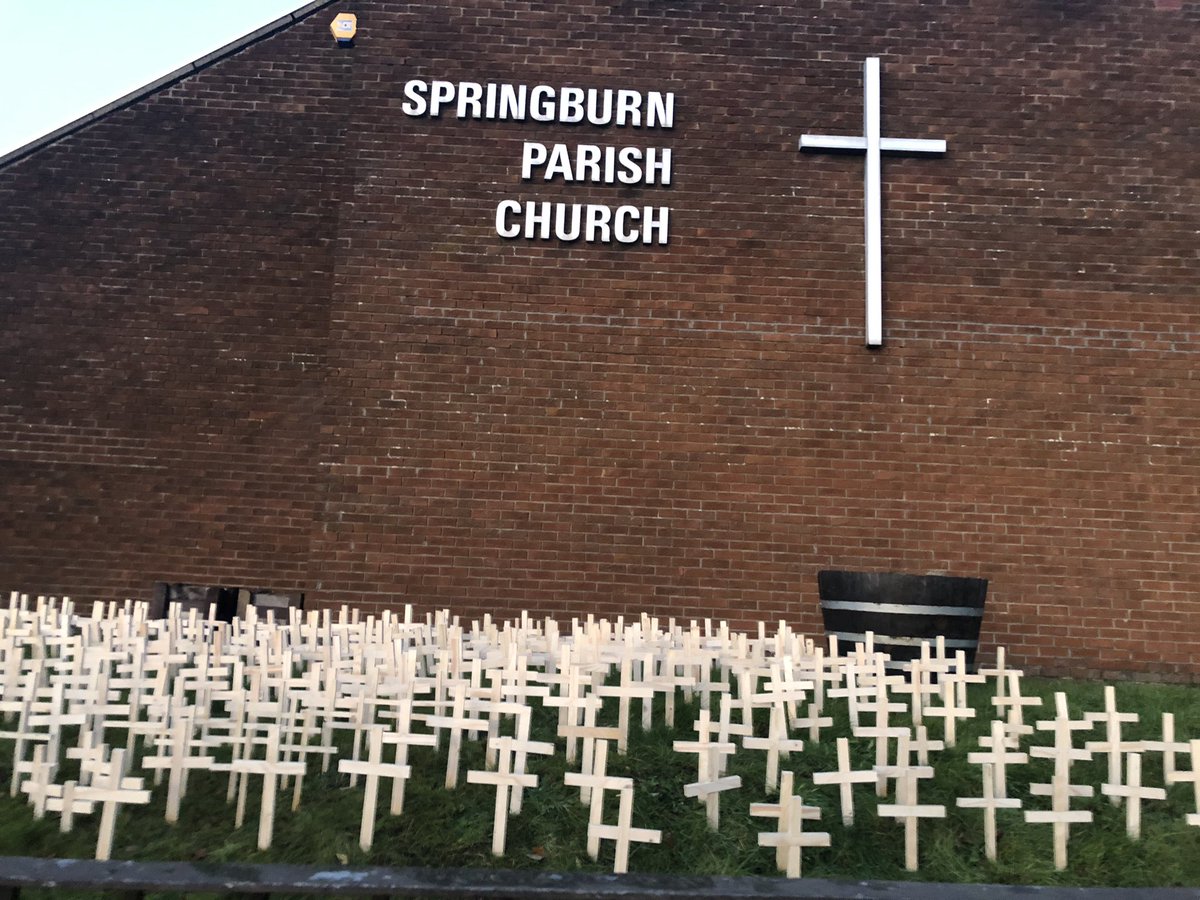 Favor (Faces and Voices of Recovery) will hold their seventh monthly gathering at Springburn Parish Church from 12 noon this Friday, where they will plant the memorial crosses with the help of volunteers and people in recovery.

The group have been campaigning for £15.4 million funding towards residential rehabilitation services in the 2020/21 Scottish Budget. At the moment, the Scottish Budget proposals claim to increase funding to tackle drug deaths by 60 per cent. However, Favor have said the increase is “nowhere near enough” and not close to 60 per cent as there is only an extra £12.7 million allocated for Obesity, Tobacco Alcohol and other Drugs.

Annemarie Ward, CEO of Favor Scotland, said: “While everyone is understandably thinking of their loved ones on Valentine’s Day, we’re going to take a few hours out to remember the hundreds of people we’ve lost to drug deaths in the past few months.

“Behind every one of those drug deaths is a family in mourning and a community of friends who have lost someone.

“These people could have been saved if the Scottish Government had invested in residential rehabilitation beds and provided better access to recovery treatment services over the last decade.

“The number of rehab beds has dropped below 100 at the same time as the number of drug deaths jumped to over 1,000.

“People need to be offered rehab beds and access to support that puts them on a path to recovery. Substitute medication will work for some people but it won’t help everyone and it’s supposed to be a short-term bandage, not a long-term solution.

“We hope the Scottish Government will start to get serious. I’m disgusted at the lack of urgency in the Scottish Budget. The proposed funding is nowhere near enough.

“Politicians of all parties need to ditch the political football and start delivering solutions.”