Our Campaign Success in Scotland & England. 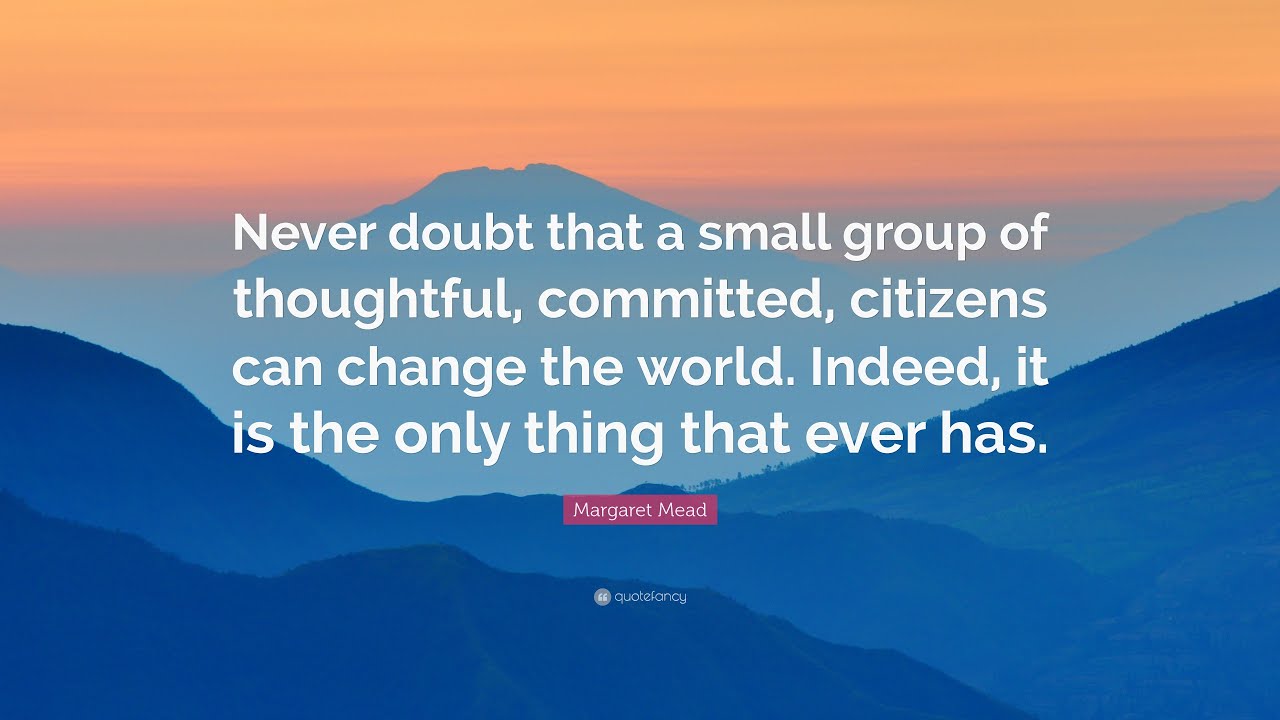 In light of today’s Parliament announcement by the First Minister, in promising a health and person-centred based approach to drug policy.

To everyone who has campaigned tirelessly and been part of the conversations around Scotland’s national tragedy of preventable drug deaths, thank you for your perseverance and emotional labour, this is really hard work, we see you.

To the families and friends who have lost loved ones, please never blame yourself, addiction is never your fault. We will continue to honour every life lost by raising awareness, and dismantling the stigma surrounding the addictive illness. No longer will we settle for anything less than a treatment and recovery system that returns people to health and wellbeing.

To anyone still caught in the grip of addiction, there is no shame in being addicted, the only shame is not being offered the treatment options you deserve. Our promise to you is that recovery will not only be visible – it will also be more accessible.

To the people we have lost to drugs, “death does not extinguish your light”. 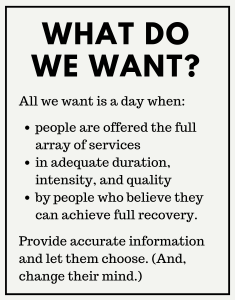 If you would like to be involved & help us please don’t hesitate to get in touch.

You can read more about what we helped achieve here

You can also read about the investment in England here which also came to fruition because of our significant campaigning efforts and as a political knock on effect of the Scottish campaign. https://www.gov.uk/government/news/148-million-to-cut-drugs-crime 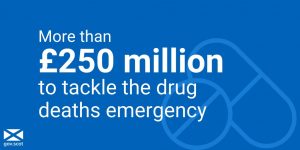 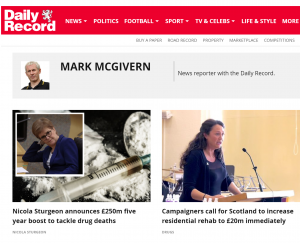 You can see the original blog here

Something has been happening in Scotland over the last few years. A campaign, as significant and ultimately revitalising, as any social change campaign in recent years. For many people, the most significant. The campaign to stop the world-record rise in drug related deaths reached a key milestone on 20th January when Scotland’s First Minster Nicola Sturgeon announced an additional £250m in funding for drug treatment in Scotland over the next 5 years.

Starting to seriously fix the problem of world-record drug related deaths should not have needed such a campaign. The burden of such emotional toil should not have to be placed on those campaigners who have often been directly affected by drug related bereavement and the multiple traumas of addiction. It is the role of a Government to protect people from both the harms of a failing system and shoulder the responsibility for fixing it. This was recognised by Nicola Sturgeon in her well received statement on 20th January, as was the need to listen more to those with real-life experience of addiction.

Spearheaded by the advocacy organisation FAVOR UK the campaign was supported by progressive-thinking and caring journalists, politicians, faith leaders and health and social care professionals. But this was ultimately a victory for people with real life experience who collated the academic evidence, communicated the emotional devastation of a failing system and constructed a pathway to improve Scotland’s drug treatment system.

At Phoenix we are proud to have played our part by supporting the people who use our services to have their say. I believe it was these powerful contributions that helped to unlock the defensiveness of those in power by adding faces, voices, intelligence, insight, heart, soul and a healthy dose of common sense to the debate. They helped create a moment when those in power listened with the intent to understand, not to defend.

Sharing each other’s vulnerability as human beings is the means by which we can all become kinder and better-informed people. I believe this experience has validated Phoenix’s renewed commitment, made 4 years ago, to challenge stigma by facilitating the people who use our services to be able to share their life experiences.

The First Minister acknowledged in her 20th January Statement that –

“Stigma doesn’t just affect people’s sense of their own value – although that is in itself damaging.

At Phoenix we believe stigma enables and underpins the system and culture of discrimination faced by people affected by drug use. Of all the forms of discrimination the most shocking is health inequality because it results in physical, emotional pain and avoidable deaths.

In England, investment is desperately needed in drug treatment. This is seen most clearly (but far from exclusively) in the provision of residential treatment in England where placement numbers have been falling year on year regardless of the increasing demand. In some areas of England, often the most deprived, residential detox and rehab are inaccessible due to a complete lack of funding, or a funding system that demands people first overcome their symptoms, by demonstrating their motivation and evidencing their potential for change, before they can access the recommended treatment for their mental health and addiction needs. This is just one example of the systemic discrimination faced on a daily basis by people with addiction and mental health problems seeking help.

Across the UK we rightly pride ourselves on a belief that good healthcare should be accessible to everyone regardless of wealth. For people who require residential care ‘access regardless of wealth’ is very far from a reality. In the increasingly few areas of England where there is a reasonable chance of accessing state funded residential treatment people are expected by their local authority to contribute financially to their own treatment

And yet those people who do manage to access residential care so often tell us that our residential support is the first time they have been able to find the stability and support to engage with health and social care, welfare, housing and employment support and build the skills, resources and relationships to have a fair chance of creating a happy and healthy future for themselves. The same skills, resources and relationships we all need for a fair chance of a happy life.

Over the year ahead we’ll be providing more support for the people who use our services to share their stories and to work towards ending the stigma that enables life-threatening health inequality.