Of Course another year of hand wringing, statements, nice words & Drug Deaths have been kicked into the long grass yet again.

Why? Because of the class of people who are dying. The national figures say it’s our people in the poorest parts of Scotland that are 18 times more likely to die.  And of course the reason they all can keep kicking it into the long grass is because the communities devastated by these deaths don’t vote. Why would we ?

The response to Scotland’s abysmal record on drug deaths has been incommensurable . Last year in the under 65 age group twices as many people died from drugs than died from covid. Let that sink in. Twice as many.

New figures show we have the highest drug deaths in the European Union. In 2020, we lost 1,339 people to drugs.

On Tuesday the 3rd of August, England and Wales released their drugs death figures, both now five times less than Scotland.

She dodged pledging her support for the Right to Recovery Bill that could make sure anyone suffering from addiction had access to their preferred choice or treatment, which would include a proper programme of rehab.

Of the other measures announced, one was new and very welcome – a national female-based rehab centre, with space for 20 women and their children to receive help. Women who have had their children removed are one of the groups mostly likely to die of an overdose. These children won’t have to lose their mothers and they will be able to access therapy that traditionally only the very wealthy can afford.

A service like this is long overdue for Scottish families affected by addiction & replaces one that used to exist. We could use this kind of specialist centre all over the country in every health board & local authority area & of course one for men too, but at least having one, is progress. 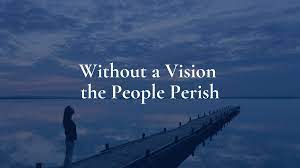 For us, on the ground mourning & experiencing this public health crisis first hand this little crumb is devastating. The lack of any real action screams to us barbarism, cruelty and inhumanity. We are aware that those in leadership claim their response is “professional detachment”  We see it & experience this as many things including an unwillingness & arrogance to admit wrongs. We witness constant rationalisation, justification & defence of a broken & failed system as more & more of our friends & family die.

We have the same people advising year after year, with no evident impact on the number of drug deaths and no real accountability. Until this changes, until we have new  people in leadership positions across the addiction field who understand what it takes to initiate & sustain a culture of hope & recovery nothing will change & the deaths & devastation will continue.

The other announcements about the actions of the Drug Death Task Force sounded very familiar. More research from academics on methadone. Another review by well-paid public servants to create more guidelines. A national campaign on stigma. More plans to promote Naloxone, the drug that can reverse an opiate overdose.

Some of these are welcome – but they’re not new. To the untrained eye, you would be forgiven for thinking this all sounds very professional, the clever people are doing stuff here, it must be good.

But to me, who has been around these clever folks for a while now, it just feels like Groundhog Day.

As my old auntie would sing “we are on a honkey tonk merry go round”  Millions of pounds are spent on committees that write more reports with more recommendations and guidelines that everyone ignores.

Meanwhile, on the ground, away from the ivory tower, very few people are actually getting the help they need.

The Drug Death Task Force has had access to £20 million over the last two years and from what we can see, most of this money has gone into data analysis and reviews.

I’m sure the quality of this analysis will be high.

But I can’t help thinking – what if we had spent that money on actually helping people get well?

What if we had spent it on treatment instead of academic analysis?

If the money has to be spent on analysis, then instead of researching addiction, why don’t we research recovery and how people get well?

Instead of always studying the problem – we could study the solution.

For £20 million, we could have put 4400 people through 12 weeks of detox and rehab to get them on the road to recovery.

Instead since the 20 million a year for rehab money was announced in January, we know only a handful of people who have actually been able to access it, incredulously less than 15 & we are being generous estimating it up to 15 people

If 20 million had been announced for DCRs or Naloxone & then spent on Admin staff & food & fuel vouchers & other treatments but not rehab (see page 30) there would be a national outcry. Instead, it’s up to us to continue to highlight this glaring imbalance & hypocrisy, despite also recommending another 22 ways to help stem the deaths, we seem to be stuck on always having to bring this to the light over & over again.

We could have used that money to give thousands more people access to the treatment they need.

We don’t need to spend millions analysing exactly how rehab works, we know it works, many of us in the recovery community are living proof that it works.

We need to spend those millions opening rehab centres all over Scotland now, for those who are seeking to get out of addiction, and give mothers, fathers, aunties, uncles, sons and daughters the opportunity to get well so they can rebuild their lives.

We need to give Scotland’s people those choices and chances to get better. We need the Right to Recovery Bill, which if passed in the Scottish Parliament, would enshrine in law our legal right to treatment that we choose not what a service dictates or dependent on a postcode lottery.